A Search for Meaning is a spiritual search as well as an intellectual one. It has a special charm in that it is both sober and light-hearted and handles scholarly subjects through a perspective that demystifies the mysteries and expands the realities of human existence, and does so in an intensely personal interaction with the reader as it stretches and presses toward a wedding of scientific and mystical thought.

Don employs both prose and poetry, logic and fancy, in exploring and reviewing the knowledge of mankind. He dramatically investigates the sciences, religions and philosophies with a view toward dignifying the human experience and provides a frame work in which the individual reader may validate his/her own life and dreams relating to the whole.

Although Don did not come draped with academic honors or letters, his extensive background in science and communications as a telegrapher, aerospace engineer, metaphysical scholar, and author, gave him the ability to take a reader very far beyond themselves, whether it be in fiction or in nonfiction.

For those who wish to be challenged by innovative thinking and daring ideas-reaching with their minds to coax out an understanding of the world as well as the meaning of their own lives-will find this book evocative, conclusions satisfying for the rationalist, inspiring, perhaps even transformative, for the true seeker.

"Don Pendleton was not only a writer with a strong sense of how to use language, but he was also an interdisciplinarian whose interests are far-ranging. A SEARCH FOR MEANING is nothing less than an attempt to synthesize metaphysics and physics. Yet, the tenor of the book invites a broad audience to read, to think about, to puzzle over the many questions he asks in his quest to understand the meaning of ‘meaning.' Integrating many domains of knowledge, Pendleton touches on questions of religion, God, relativity, and brain research, among other fields...all in all, this book is a must-read for a general audience."-Gabriele Rico, Ph.D., author of the best-selling, Writing the Natural Way, Professor of English and Creative Arts at San Jose State University, and Independent Ebook Awards Judge.

A Search for Meaning From the Surface of a Small Planet won the Independent E-book 2002 Best of Nonfiction Award. 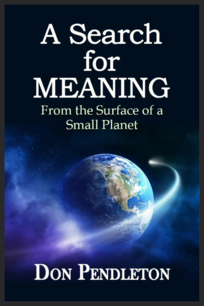 "Is there a reason for the existence of the world?  This is perhaps the most basic question of metaphysics."  ~Don Pendleton 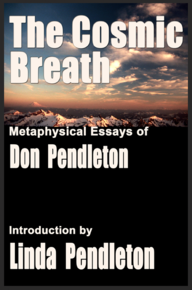 Don Pendleton’s Metaphysical Essays dramatically explore the human experience and the spiritual meaning of existence.  In Don’s inspirational examination of religion, science, and philosophy, his findings are thought-provoking, inspiring, and, perhaps, even transformational for the true seeker.

He wrote the nonfiction A Search For Meaning From the Surface of a Small Planet, and with his wife, Linda Pendleton, co-wrote the popular books, To Dance With Angels and Whispers From the Soul.  Don Pendleton considered himself to be a metaphysical scholar and although most of his writing career was devoted to fictional works he often wrote essays of his metaphysical ideas and beliefs. 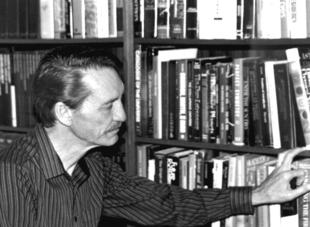