A fantastic adventure into cosmic consciousness and the unknown...
The United States government’s executive intelligence gathering agency, the Inter-agency Intelligence Group, has largely supplanted the clumsy machinery of the CIA as a direct tool of the U.S. President.  Patrick Honor, a top member of the Intelligence Group, is the one skilled enough to find answers to mysterious events taking place, in which the number 9 has significance.  Members of a top secret psychic investigative team, the PPS, Psychic Power Sources,  are in harm’s way, as is the President.

Patrick Honor believes there is a Rogue God.  Is he right?  Do the answers to the mystery have anything to do with sex being taboo down through the ages?  Who is Octavia?  Will answers be found in the symbolism of the Nines? Can Patrick Honor insure the safety of the President while unraveling the psychic events—all before it is too late for humanity?

Earth is being invaded by treacherous aliens and Terra 10, the earth’s only hope, is in the enemy’s power!

Zach Whaleman, the Gunner of Terra 10, was moving fast, out into the darkness.  A long-dormant instinct had arisen in response to his urgent need, a very human and entirely “natural” response of a life-mechanism in a survival situation. He had a weapon now!  Let them catch him.  Let them. He would kill them!  He would do everything he had to do to save the super-secrets of Terra 10. 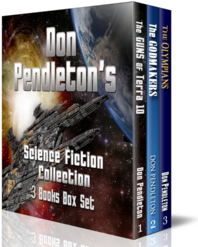 Political newspaper reporter, Richard Hunter, is questioning the upcoming presidential election and the in­sufferable Electoral College, wondering if, for all these years, had it been some grand political game?

Was billionaire Brian Donaldson buying the votes of the Electoral College?  Did he believe himself to be an Olympian and hide away on a mountain top in Wyoming, while manipulating the election for his own gain?

Was the United States headed to a coup attempt?  Could Richard Hunter stop a coup, or was he ignoring the dangers to the country while enjoying the social and sexual activities of this isolated “Olympian” group.

Who would end up in the White House as president of the United States of America, and with the power to change the world—for better—or for worse? 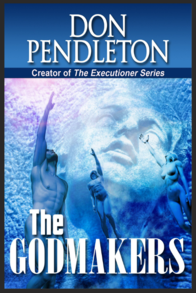 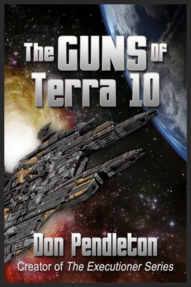 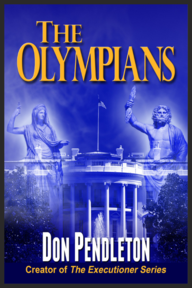