Husband and wife police detectives, both married more to the badge than each other, have inevitable conflict within their marriage and their careers are put to the test when a psychopathic killer invades their community.

In the early morning hour of a spring day, Helen Carter, twenty four-year-old housewife and mother of two small children, is awakened by a ski-masked intruder at her bedside. Paralyzed by fear, she works desperately to steel herself against the inevitable rape and harrowing attack that is already in progress. Helen Carter is to become only the first victim of the Sunrise Rapist. She is a very lucky young woman. Following the brutal attack of the second victim of the Sunrise Rapist, the perpetrator is immediately tagged the Sunrise Killer, and the quiet and peaceful community of San Remo, California, becomes a hotbed of fear and outrage.

The San Remo Police Department, already caught up in a difficult political climate, now has its hands full with a killer in their midst. Detective Rebecca Storm, the only woman in the detective bureau, and the sole member of the Sex Crimes Unit, finds that the Sunrise Killer will not only challenge her career, her marriage, but her very life.

Her husband, and fellow officer, veteran Detective Sergeant Peter Storm, already caught up in the infighting of the police department and city management, is drawn deeper into his career battles and challenges as the Sunrise Killer makes his appearance in San Remo.

What is ahead for the San Remo Police Department, and especially for two of its detectives, is many sleepless nights as the Sunrise Killer increases his maniacal assault on the innocent women and children of San Remo. But the killer's reach goes far beyond his actual victims and their families. The lives of those dedicated to preserving peace within the city and pursuing the serial killer are challenged to the limits, both in their personal lives and in their professional careers.

The story is fast-moving, often riveting, often disturbing, as the cops are repeatedly challenged by a psychotic serial killer who has them all in his grip.

“Great story.  I could hardly put it down.  So real, so credible, a delightful page turner.”  ~K.M., California Policeman 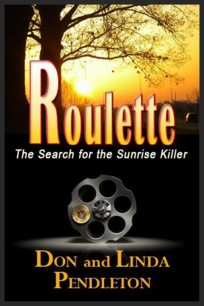