America and Russia’s most brilliant astronomers and space scientists have mysteriously vanished. The CIA and KGB are frantically searching for answers. Under the shadow of the world’s largest telescope, tailed by agents, and with a lovely lady scientist’s life in peril, Ashton Ford takes on the most baffling case of his life, one that will offer him glimpses into world 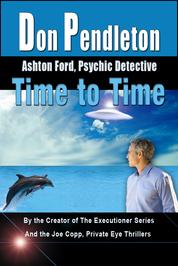 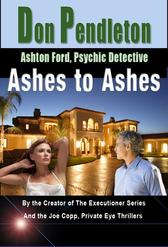 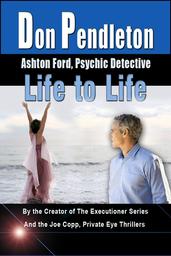 Ashton Ford is hired by a beautiful and vulnerable heiress in need of a sexual surrogate. Ford soon finds he is faced with more than he bargained for. In his search for justice, he is plunged into a world of murder and mayhem, ghosts and apparitions, and splintered reality.

Private Investigator Ashton Ford, former naval intelligence officer, will shatter your ideas of reality and take you into a mystical world of vision, intuition, and psychic truth. Ford is a phenomenal psychic, unparalleled lover, and a true Renaissance man. He can see into the future and even into the distant past using his psychic powers to assist special clients who are in crisis.

"Through this character I attempt to understand more fully and to give better meaning to my perceptions of what is going on here on Planet Earth, and the greatest mystery of all the mysteries: the why of existence itself. Through Ford I use everything I can reach in the total knowledge of mankind to elaborate this mystery and to arm my characters for the quest. I try to entertain myself with their adventures, hoping that what entertains me may also entertain others–so these books, like life itself, are not all grim purpose and trembling truths. They are fun to write; for some they will be fun to read."~Don Pendleton 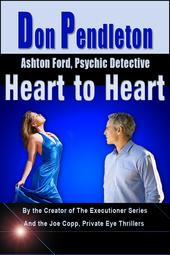 This Ford adventure begins with a summons from an enigmatic man reported to have died one hundred and fifty years ago. The mind-blowing mystery begins to unwind within a magnificent mansion perched high above the Pacific Ocean. Ford finds himself surrounded by luxury and the flesh and blood "ghosts" of people from the distant past. In the baffling confusion of time and space, Ford's keen and awesome talents must now pierce the secret of the house; while his heart, at the mercy of an ageless and beautiful sculptress, follows a dangerous path of its own.

What intrigued Ashton Ford about this sadistically brutal "Jane Doe" case was that there were no clues except a few satanic symbols. The silent, mysterious beauty of the woman, why someone wanted her dead, or why the entire left hemisphere of her brain had been surgically removed, leaving her mute and helpless is the central mystery to be solved. It was the toughest case of Ford's career to reach that silent mind with his own and combat the evils of a deadly sex cult and the mysterious beings who threatened her life.

Click on Covers for Amazon. Print, Kindle and Audio. 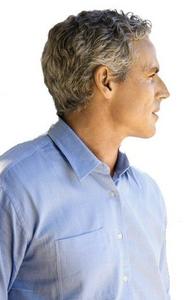 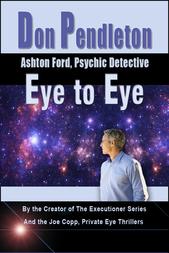 The husband of an aging though still beautiful Hollywood movie star is concerned with his wife's unnatural compulsions and obsessions with UFO's and the occult. The actress is convinced that someone, somewhere in space is calling her. This case leads Ford into the world of the dolphin and into the heady arena of space traveling UFO's which take him on an awe-inspiring journey through the farthest reaches of time and space.

She was a powerful, stunningly beautiful psychic who gave spiritual guidance to thousands of troubled souls and was preparing to extend her ministry throughout the world. But when her family and followers began dying in mysterious, horrifying ways, she had to call on Ford to discover the truth behind their deaths. Soon, Ford found that the lovely reverend was the center of a centuries-old mystical group now threatened by malevolent and divisive forces. Ford had to wage a cosmic battle in a shadowy realm of the unreal and the unearthly–a world that challenges all that we know. 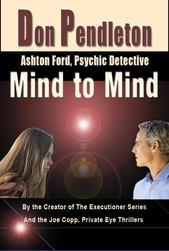