Don Pendleton wrote mystery, action/adventure, science-fiction, crime fiction, suspense, short stories, nonfiction, and was a Comic scriptwriter, poet, screenwriter, essayist, and metaphysical scholar. He published more than one hundred twenty-five books in his long career and his books have been published in more than twenty-five foreign languages with close to two hundred million copies in print throughout the world.

After producing a number of science-fiction and mystery novels, Don launched in 1969 the phenomenal Mack Bolan: The Executioner, which quickly emerged as the original, definitive Action/Adventure series. His successful paperback books inspired a new particularly American literary genre during the early 1970's and Don became known as "the father of action/adventure."

"Although The Executioner Series is far and away my most significant contribution to world literature, I still do not perceive myself as 'belonging' to any particular literary niche. I am simply a storyteller, an entertainer who hopes to enthrall with visions of the reader's own incipient greatness." ~Don Pendleton 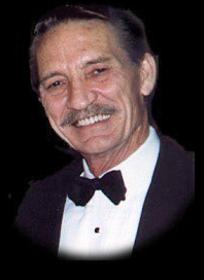